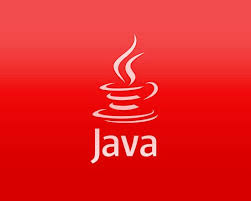 Java maintained its position at the top of the Tiobe language rankings index. Although its score dropped a few points, it still maintains a healthy lead over second place C and third place C++.

“I don’t know why [Java’s slip] happened,” Paul Jansen, managing director of software quality services provider Tiobe, said in an email. “Note that we can see a little bit in the future, and there we see that the dip will continue a bit. For the midterm this could be the case because Android’s growth seems to stabilize too.”

Java is used for developing Androids applications. A drop in Android application development would also see a corresponding drop in Java’s score. This could be the cause of the drop.

Between the dynamic language of PHP, Perl, Ruby and Python. It looks like Python is starting to come out on top.

“Python seems set to become the eventual winner of the battle between dynamic languages Perl, Ruby, PHP, and Python,” Jansen said. Python, he said, “is everywhere nowadays. Both Java and Python are the primary languages in which students learn to code. It is indeed about ease of use and ease [for Python].”