PHP 5.6.0 was released in August 2014. This release was considered as a cornerstone by many. Several features were added to his new version. To name a few, everyone knows about the Internal Operator Overloading, MIME types in the CLI web server and Constant Scalar Expressions. Moreover, uploads of over 2GB are now possible and POST data memory usage has been decreased. ::/input is now re-usable in this new version. Furthermore, GMP resources are now objects. This has broken previous use of is_resource. json_decode is also now more strict about lower and upper cases on expressions of “true”, “null” and “false”. 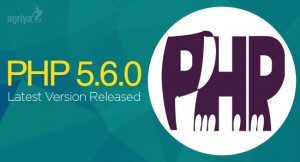 Developers have been wondering about the update procedures. Questions that arose dealt with whether they would need to add new repos to their OS or do the compiling from source in order to get them to work. Although users might be able to do all the above, this will fortunately no longer be required in order to update. Taylor Otwell has declared on Twitter that the original Homestead box would be updated with 5.6 in order for users to keep on using the improved box and to have it operational in almost 5 minutes. All that the users would need to do is to run an update on vagrant box and it will be refreshed with the latest version. The download bit from Vagrant might take some time but after that everything runs smoothly.

The internal group is now currently working on PHPNG and PHP7, these would probably end up having a different name upon release.